The first-ever round of RCGP just culminated today with Davide Ongaro of CommSportMx – Scuderia Scampi Rosso taking the victory. During seeding practice and the qualifying rounds, Davide has shown consistency with his performance having the fastest laps. David Ronnefalk of HB Racing – Performa Racing proved to be Davide’s closest rival both having tied several times for the top spot since seeding practice, qualifying rounds, and ultimately the 2-legged finals. David Ronnefalk was able to win the first leg of the Round 1 finals, but Ongaro took the second leg with better time than Ronnefalk, earning him the sweet Champion’s trophy for Round 1. HB Racing-Performa Racing proved to be a strong force with Cole Ogden completing the podium in third place. Robert Batlle was also tied with Cole but Cole would eventually have the better time result putting Batlle in fourth place, and Kyle McBride finishes fifth. Round 2 will immediately start tomorrow as this is the RCGP format – 2 rounds for every RCGP weekend. 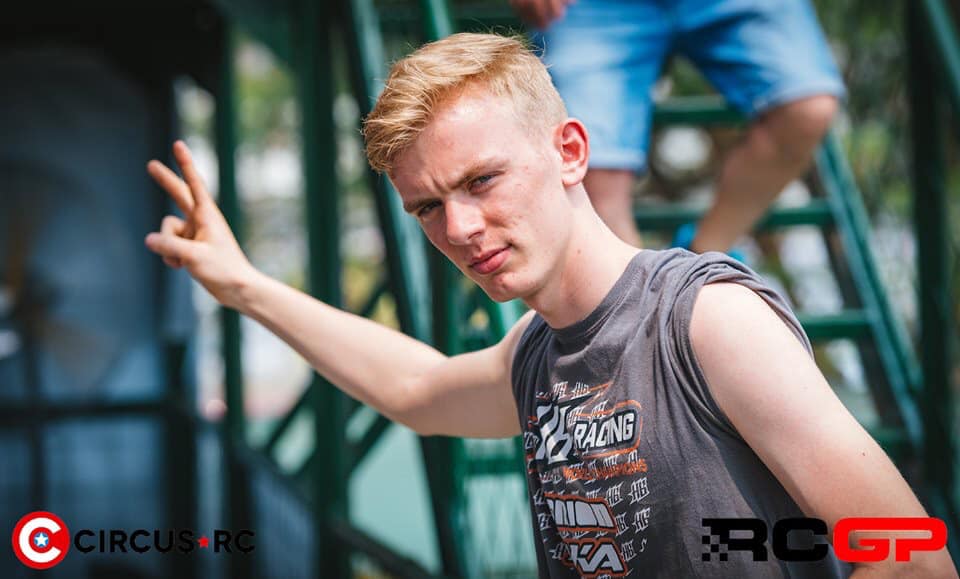 Make sure to follow the RCGP Live stream, Race Results, and Schedule at http://live.rc-gp.com/

Get updated with the Driver Standings, Scores, Team Standings and more at http://rc-gp.com/results